The Return of WendyBird 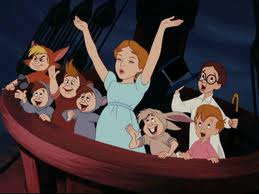 I arrived on a Sunday, which means it’s a day off for the volunteers. The house has about  13 volunteers at the moment- a far cry from the meager 5 I am used to working with. I must say, I prefer having more people, or maybe I just prefer having more people like this. All charming, intelligent, good-looking go-getters- but what would you expect? They've given their time to a worthy cause-  they face the bugs, monkeys and shower-less days of Nepal smiling. The salt of the earth. I love every one of them.
Though it was the day off, I couldn't help myself. I was dying to see the boys. I put my things down and within an hour was waiting on their porch for them to get home from school. Like a puppy, with each noise I heard I would go running to the gate with the hopes that the boys were home to play.
After a half an hour of waiting they arrived. In groups of 2 or 3 they came so I got to re-enact my “I’m SO HAPPY TO SEE YOU I HAVE MISSED YOU SO MUCH” reaction over and over.  They all remembered me. Called me by name. Matched my enthusiasm. God, I could relive that moment for the rest of my life.
After the initial SHE’S BACK! Things settled down surprisingly quickly. It felt more like I’d been away for a long weekend rather than an entire year. We simply picked up where we left off- with a guitar, a soccer ball and a lot of teasing. Exactly how things are meant to be.
When I left I had 33 boys. Since then, 6 of them have gone off to their advanced schooling and one has been reintegrated so I am down to 26. It’s still the same gang for the most part but I miss those who aren't around.
As for things that have changed- voices definitely. Heights. Complexions. But they’re still the same cheeky monkeys they always were. Kind, handsome, and a little wild. The best three things to be. My heart is so full.
Posted by maggie at 3:34 AM 4 comments:

When it comes to blogging, I am the worst. In fact, I should wear a crown.
But I’m trying.
As many of you know, I am back in Nepal. I was meant to stay for 6 weeks but due to visa issues (dammit India), my trip has been cut down to five. I'll manage. Why am I back you ask? Well, I have a few reasons. 33 to be exact. Last year I was a volunteer for the Umbrella Foundation, I lived in Swoyambu, Kathmandu for 3 months in a house called “Kanchanjunga” of 33 teen-aged boys. Long story short, I've really missed the hell out of these knuckle-heads.
I have never laughed as hard, cried as hard or felt as alive as I do around these guys. They both keep me sane and drive me completely crazy all at the same time. I had to come back. It wasn't even a choice- I had to come back.
And so I did.
Life at home is grand, in fact the weeks just before I left were better than usual. My life, which I have always considered a dark-comedy, man versus self, coming of age story suddenly and unexpectedly turned into a witty slap-stick romantic comedy. Funny how life is. In fact, things were so wonderful, I can’t say I was too heartbroken each day when I called the Visa office to say “when the hell is my visa getting here?” and got “Tomorrow..I mean the day after tomorrow…I mean the tomorrow after that…etc”
But Friday my visa arrived at 10am and I was on a flight by 3pm, once again- armed only with a backpack and a ponytail.
Flights were fine- didn't miss one. The guy who sat next to me on the way to Amsterdam was 6’9’’. I liked him a lot because he carried my bags for me, and when our food came, he opened my butter and jelly without me asking. We chatted most of the way and watched Les Miserables together. We were friends by the end of the flight and I made a point to walk next to him through the airport. I imagine this is how Emily Elizabeth feels when she walks next to Clifford the big red dog. Much to my chagrin, he wouldn't say “Anybody want a peanut?”. Rats.
Due to the visa office being so unreliable, I didn't buy a ticket from Mumbai to Kathmandu- I decided to get one at the airport. Not great planning on my part, as per usual.
I arrived at Mumbai around 11:30pm Saturday. Customs, which normally takes 2 hours, took me all of 6 minutes. I went to the ticket counter to catch the very next flight and….well. Among all of the merriment of my weeks before the departure I managed to forget to call my bank. Debit card Declined. And my credit card? Declined. And cash- don’t worry, I was slick. Thought ahead. I had 5 one dollar bills. The minimum for an exchange to rupees is 20 dollars. I was in India, had been flying for 20 hours, and was all of a sudden out of money- not enough to even make a PHONE call to the bank. Once again, the Mumbai airport brought out the worst in me. I was afraid. I was out of options. It was midnight. The only person to blame was me. I explained to the ticket counter what happened and they replied with a sympathetic…"Next in Line!...Miss, Move. Miss, MOVE”
How does Maggie Rogers solve a crisis?
See picture.
I cried. No one stopped. Not even westerners. I was sitting there, bawling like a little princess and no one stopped. Finally someone came to talk to me, and what did they say?
Leave.
And what did I say?
Politely, I wipes my eyes, sniffed my nose and cried “HELL NO”. I put my things down in the middle of the crowd and set up camp. You have to help me. You have to help me or drag me out of here kicking and screaming because I am NOT leaving.
Finally a 20 something working for a hotel company came to my rescue. (There may have been some winking and come hither looks coming from me, my memory fails me…)
He let me borrow his phone. After an HOUR on the phone, things had been sorted out. It was 1am. The flight leaving at 5am was booked so I had to book mine for 10am. Me and India just don’t mesh. 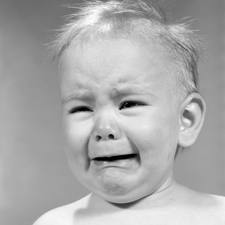 I could’ve saved a little money and had a 10 hour layover in Delhi.

I’d rather eat my hair.
My flight was STRAIGHT to Nepal.
One other charming feature of the Mumbai airport I forgot- you can’t stay there. You can’t even come in until there are 3 hours until take off.  They kicked me out. It was 1am. I refused to get a hotel out of pure stubbornness. I sat on my suitcase in the parking lot for 7 hours. My ipod, computer and kindle were all dead. I flipped through a book but mostly I did nothing. Periodically people would come over to take photos with me (I’m famous in India apparently).
I managed to make a friend with a 25 year old who works for Air India. He has been working there for 10 years and never taken a day off. His English was remarkable despite having no formal schooling. He has memorized every flight coming and going in the airport.
After 7 sleepless hours they let me into the airport. I drank coffee for 3 hours and then boarded my plane.
My mood was so good, you’d never know that I had spent the night in the parking lot. I literally skipped when it was time to board. I sat down and couldn't contain myself. I squeezed the hand of the little Nepali woman next to me and whispered through a toothy smile “Isn’t this great?”
She asked to move.
3 hours passed. My flight landed and I was safe. I was home.
Posted by maggie at 3:15 AM 1 comment: 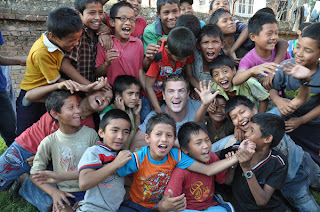 Wendybird and the Lost Boys 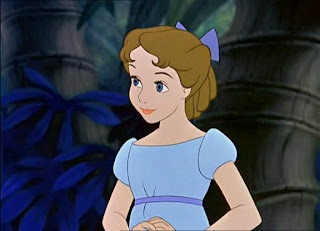 Arrival and other outdated posts

To catch you up

maggie
Reading MY blog? Oh, you are too kind. Keep reading and I'll keep updating you on my awesome excellent adventures to come. Passport is here, the only thing left to do is GO